According to Anne Bernard in NewYork Times, People of Beirut wrote on their blogs that "“When my people died, no country bothered to light up its landmarks in the colors of their flag,” Elie Fares, a Lebanese doctor,  “When my people died, they did not send the world into mourning. Their death was but an irrelevant fleck along the international news cycle, something that happens in those parts of the world.”

There is differences between Beirut attack and Paris attack one city suddenly faced terrorist attack and another City like Beirut and Syria they are facing this kind of terrorist attacks almost every day. Media does not care about Syria and Lebanon, Media cares about Paris. Because Paris is in Europe and Syria, Lebanon is in Middle East.

Buying Can be that Easy.


Having a buy button on twitter could be effective or noneffective. Recently on an article in the New York Times. Twitter was having in its mind since two years. After two years of testing, twitter has decided to launch buy button this year. People are more likely to be on social media every day. Even though if they doesn't have time to online shop, buy button can help them to buy from social media.

I think if twitter gets success by launching buy button than other social media, especially Facebook will follow its path. According to Vindu Goel, mentioned in his article that “We have gone from testing this with hundreds of merchants to millions of merchants,” Nathan Hubbard, Twitter’s head of commerce, said in an interview. “It’s built into the software that they use every day to manage their business” This will help twitter to make more money from those companies, the companies chose to sell their products on twitter site. Twitter has around 316 million users in the world and this buy button will become famous within a few days.

Vindu Goel also mentioned about Facebooks idea on this buy button thing that, "Sheryl Sandberg, the company’s chief operating officer, said that Facebook studied the behavior of its 1.5 billion users and concluded that buy buttons should not be a high priority right now." I think Facebook is now focusing on its recent topic " Dislike Button". In future it might have it on its site.

Posted by Unknown at 5:49 PM No comments:

Workers are getting "Lay Off" 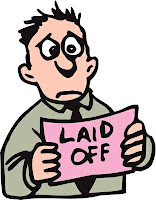 A lot of good and experienced workers are getting layoff by their company, even though they had been serving for that company for a very long time. Company’s manager always thinks about their profit and earnings. They try to work done by spending less money on workers. In the articles “The Daily News Layoffs and Digital Shift May Signal the Tabloid Era’s End” by “Alan Feuer” People are getting fired for no reason at all, if they ask for why they got fired manager will report a small worthless reason.
Company is more likely to hire college graduates students. They are focusing on saving money. College graduates students are getting less pay then old employees are getting. One of the employee mentioned in the article that “One reporter was so left in the dark that when she got to work that day, there was already an intern in her seat.” she went to vacation and when she got back to join her job, she noticed an intern was sitting on her chair already.


Also because of new technology young generation are more likely to read electric version of a book or newspaper on their electric devices. It is easier to carry and also they have to pay less then a hard copy. As in article “The Daily News has always been a New York paper for New York people,” said Michael Daly, a former News columnist, who naturally now works at The Daily Beast, an online publication. “It’s been part of the city’s life in a way no other paper has been — or at least it was till now.”
Posted by Unknown at 12:22 PM No comments: 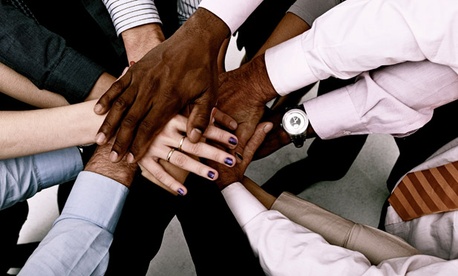 In the article name “In the news industry, diversity is lowest at smaller outlets” by Michael
Barthel is about how minorities are still underrepresented in the United States of America. Even
Though so many minorities are getting promoted in better position like Michael says, “Dean
Baquet becomes the first black executive editor of The New York Times and Lester Holt become

the first black solo anchor of a weeknight network news program” Especially in journalism,
television and communication field of graduation non-minorities are getting a full-time job within
a year than minorities is getting. They all are graduate educated but still there is always
discrimination among minorities and non-minorities all the time.
America is an immigrant country. Immigrant people represent America just because non-minorities

came first in this country doesn’t mean that they are the ruler. Non-minorities are also
was minorities once and Native American was non-minorities. Statistics has shown that there is
huge difference getting a job and having a desired position among minorities and non-minorities.
As Michael has mentioned in the article that “Nearly one-in-four minority employees at dailies
(22%) left or lost their jobs in 2014, the largest level of minority job loss since ASNE began
gathering data in 1984. Of white employees, 14% left their organizations in 2014.” People can
clearly see that employees are losing their jobs in a big amount of numbers. Within a small time.
Posted by Unknown at 8:39 PM No comments:

Having a dislike button on Facebook is going to be a huge change in our society. Whoever post something on Facebook some people like it and few of them who dislike it they write some negative comments, the rest of them just read the post and avoid to response with anything.

Now people have the option to dislike something, they will definitely response their feelings by tapping dislike button. Although everybody has their own opinion about this topic but eventually it will make a major change in Facebook homepage.

G.e Taylor commented on New York Times article “Coming Soon to Facebook: A ‘Dislike’ Button” by Vindu Goel, that “Why not just a "Do Not Agree" / "Disagree" / "Myeh" button? And Bill Michton commented that “People have been talking about wanting a dislike button practically from FB's beginning. Good thing Zuckerberg is so attuned to his customers.”

Dislike button can make a change in our future culture also. About 1.5 billion people are using Facebook on a daily basis, they are uploading their personal pictures, post, their feelings, and sometimes people can dislike on others sad moment. Some people will take this dislike as an offensive and there will be a less friendly environment in Facebook homepage. As I said earlier people have a different opinion so young users can feel very sad if they are getting more dislike’s rather than like’s on their post or personal pictures.
Posted by Unknown at 9:16 AM No comments: